A poetic approach to the horrendous experience of expulsion and exile. Poetic in the best sense of the word: there where metaphor opens new senses to understanding and apprehension of the world.

Yo es Tú (I is You) is a participative documentary theatre play that invites us to transcend personal identifications in order to rekindle empathy and cooperation. The audience literally delves into the most confidential narrative of the performer, who came from Argentina as a refugee to Denmark in 1980. The staging and first-person accounts are accompanied by fragments of documentaries from Danish television in the 1980s -81 about her and her family. Those testimonies are interwoven with those of European asylum seekers stranded in Greek refugee camps between 2016-17.

S’illo Award for Best Dramaturgy, Mallorca
Declared of municipal interest by the Municipal Council of Rosario

I felt the need to create this play after my experience with theatre projects in refugee camps. The intention was to humanise refugee stories, touch the sensibility of the audience and awaken a closer dialogue on the problem of immigration. I thought that the most effective way would be to look into the depths of my own narrative as an Argentinian refugee child in Denmark, letting this personal perspective introduce the stories of some of the people arriving to Europe trying to save their lives. Also, to give the performance both a documentary and a poetic expression and to involve the audience by asking them questions about themselves. My accounts are accompanied by fragments of documentaries from the Danish television in 1980-81 about me and my family. Those testimonies are interwoven with those of European asylum seekers stranded in Greek refugee camps between 2016-17.

The play obtained an artistic residence in Åbne Scene på Godsbanen in Århus (Denmark) and premiered in Teatro Círculo de Valencia, December 2017. It is shown on June 14 and 17, 2018 as part of the activities organized by Barcelona Ciutat Refugi – Barcelona City Council and PenCatalà for the world refugee day and in the festivals SUD A L’HORTA in Valencia, Festival de Teatro Iberoamericano de Logroño (FITLO), S’ILLO Festival in Mallorca, Festival de Teatro Independiente EL GALPÓN in San Jorge, Argentina and El Cruce- 18th International Festival of Contemporary Performing Arts / TEATRO POR LA IDENTIDAD of Rosario, Argentina; also at the theaters GIDI of Lincoln and Tromvarte of Buenos Aires, Argentina.
The performance in Rosario was declared of municipal interest by the Rosario City Council.

Photos of the performance 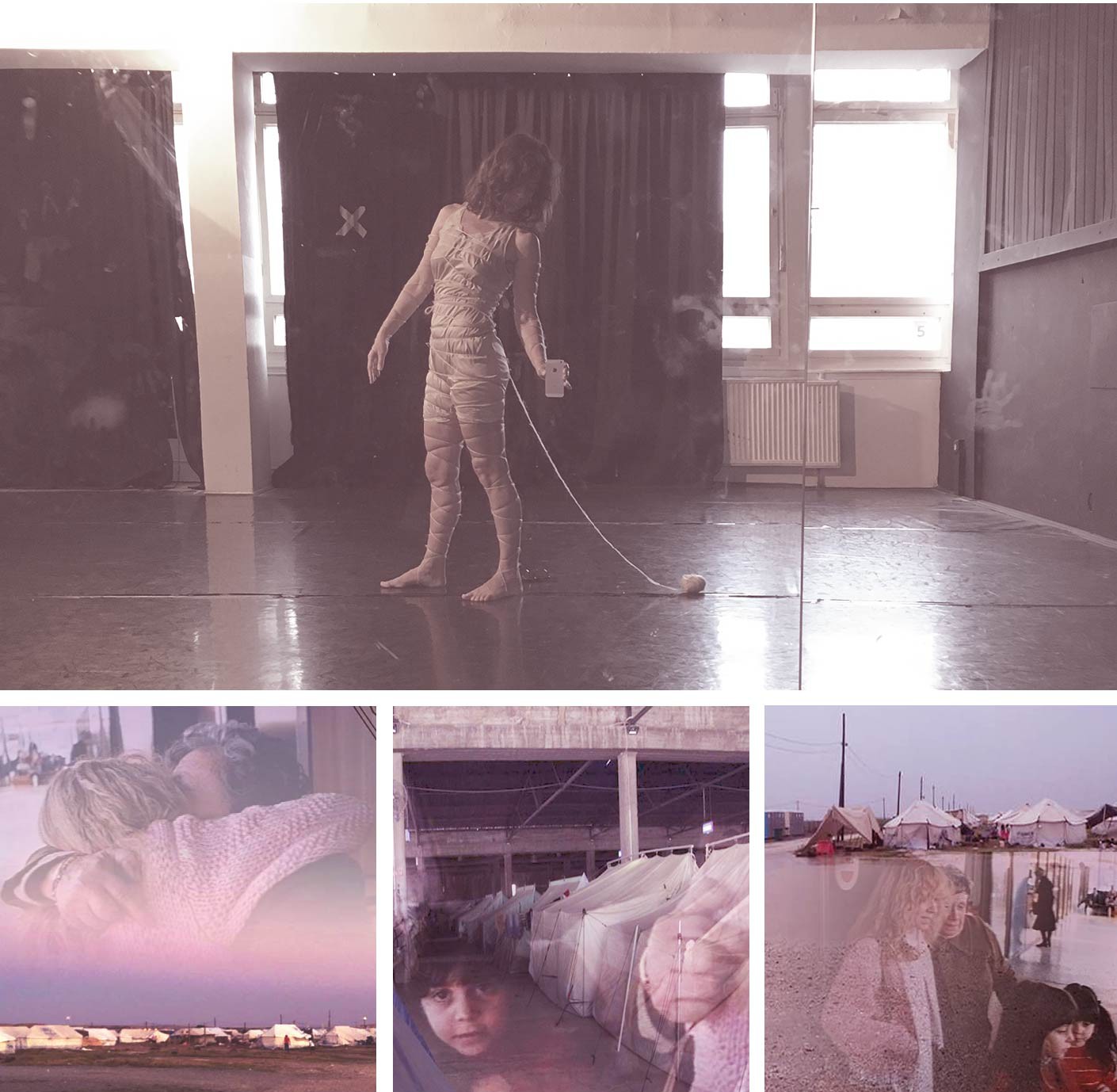 Like life, the Play “Yo es Tú” constitutes a puzzle. Not just any puzzle, this is one with missing pieces. The protagonist tries to order the pieces, give them intelligibility, generate empathy. The absences, the missing pieces, reappear, crossed by the memory of the girl she was and the analysis of the young girl she is. The play is, thus, a journey in time, in space, but also an interior journey. Travel in time is utopian, we know, impossible to achieve. The inner journey that the performer makes opens doors, closed with keys and padlocks. But in spite of those obstacles, she conjures that adverse situation, she not only has the keys in her hand but also the certainty and security of which goes in each lock and padlock. And her story is just one story, one of many. There are others, those of the nowadays exiled. She compares her exile life, thanks, looks at these exiled, notices the differences, and denounces. There is no way to stay in the room without getting involved. But if someone, in spite of everything, wants to build a wall that isolates him/herself, she incorporates him/her into the play with questions. At that time, empathy happens fluently.