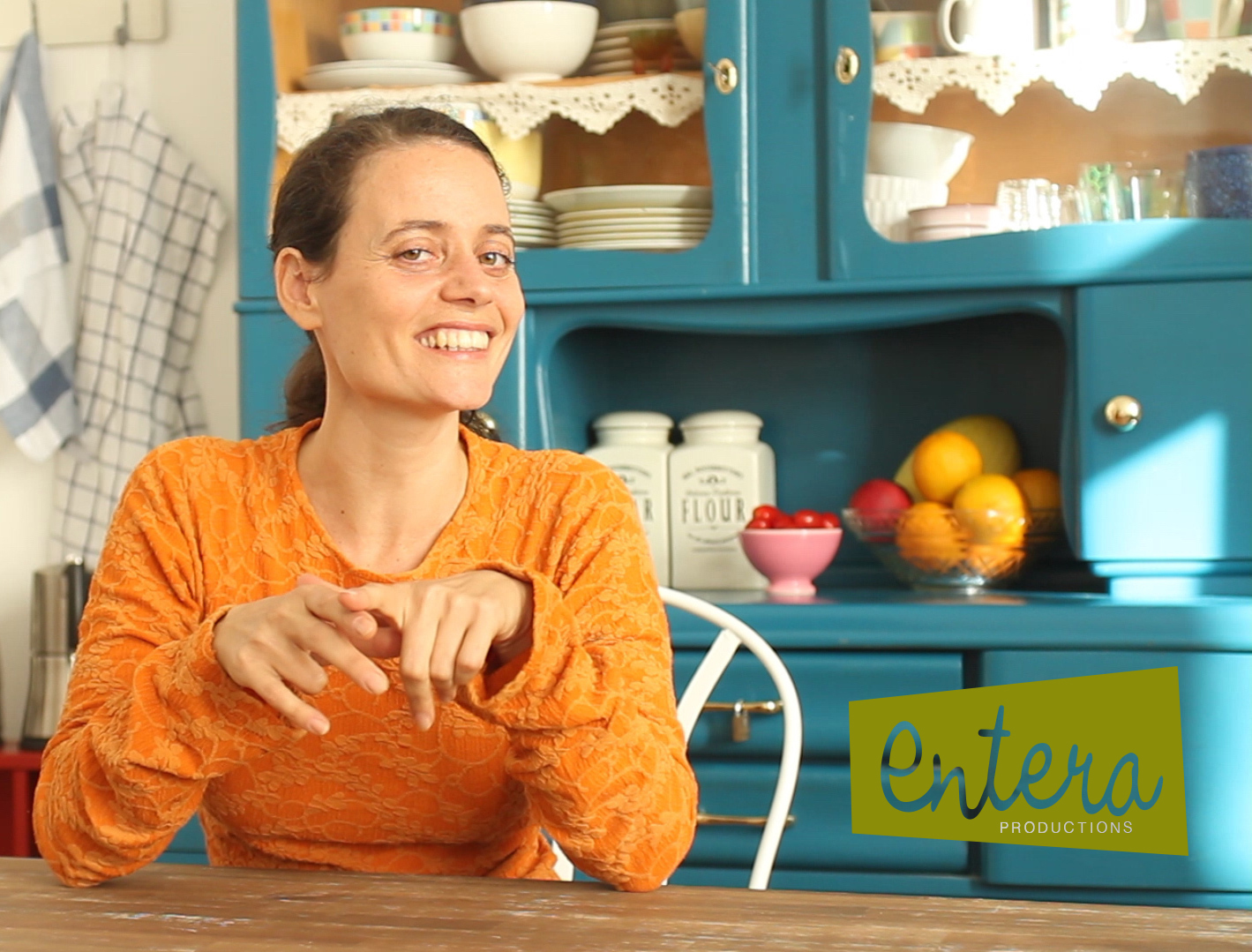 Entera-productions is the name of the company with which Paulina Tovo presents her stage creations in collaboration with other artists from different fields.

It creates works that return attention to the people who observe them, with the aim of creating a framework for the expression of individual narratives and their encounters and of developing artistic methodologies to search for one’s own essence, both individual and collective.

The first project of the company, Project Ulrike, began to develop in Barcelona, ​​where it premiered the first theatre play at the Teatro Cotxeras Borrell, in 2003. In 2006 the City Council of León (Spain) went into co-production creating other three performances and a multimedia play in collaboration with local artists. The plays premiered at the Albéitar Theater except for a performance made in a public square in the city. In 2009 the company produces the commissioned performance Criaturas del Bosque for events at the Barcelona Zoo. In 2013 it produced the play Vorwand-B, premiered at the international festival Dage med Brecht, in Svendborg (Denmark). In 2015, it co-produced with the Danish Development Center for Performing Arts the indiDig play, premiered at the Copenhagen International Theater Festival CPH-Stage. Between 2016 and 2017, it produces the plays Wait Wait Wait Hope Hope Hope, Welcome and N.K. Extreme Experiences with a refugee theatre group in Greece, the last of the plays was presented at the El Clásico Festival, produced by MediaPro and the League of Spain, in Thessaloniki. In 2017 it also produces the Documentary theatre play Yo es Tú (I is You), premiered at the Teatro Círculo de Valencia (Spain). The play obtained an artistic residence in Åbne Scene på Godsbanen in Århus (Denmark) and was shown on June 14 and 17, 2018 as part of the activities organized by Barcelona Ciutat Refugi – Barcelona City Council and PenCatalà for the world refugee day and in the festivals SUD A L’HORTA in Valencia, Festival de Teatro Iberoamericano de Logroño (FITLO), S’ILLO Festival in Mallorca, Festival de Teatro Independiente EL GALPÓN in San Jorge, Argentina and El Cruce- 18th International Festival of Contemporary Performing Arts / TEATRO POR LA IDENTIDAD of Rosario, Argentina; also at the theaters GIDI of Lincoln and Tromvarte of Buenos Aires, Argentina.
The play was declared of municipal interest by the Rosario City Council and awarded for best dramaturgy at the S’Illo festival in Mallorca.

Back to Biography / CV