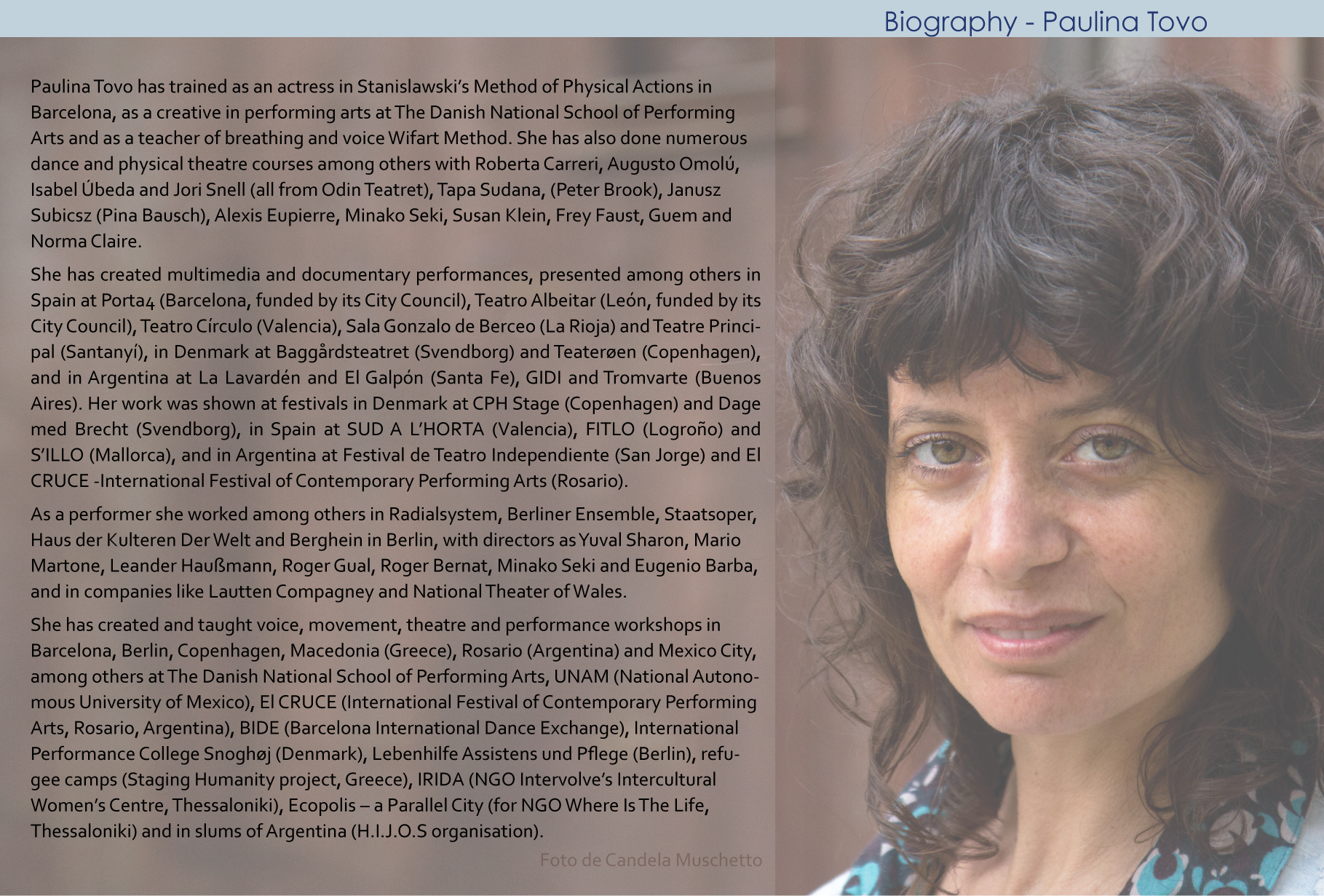 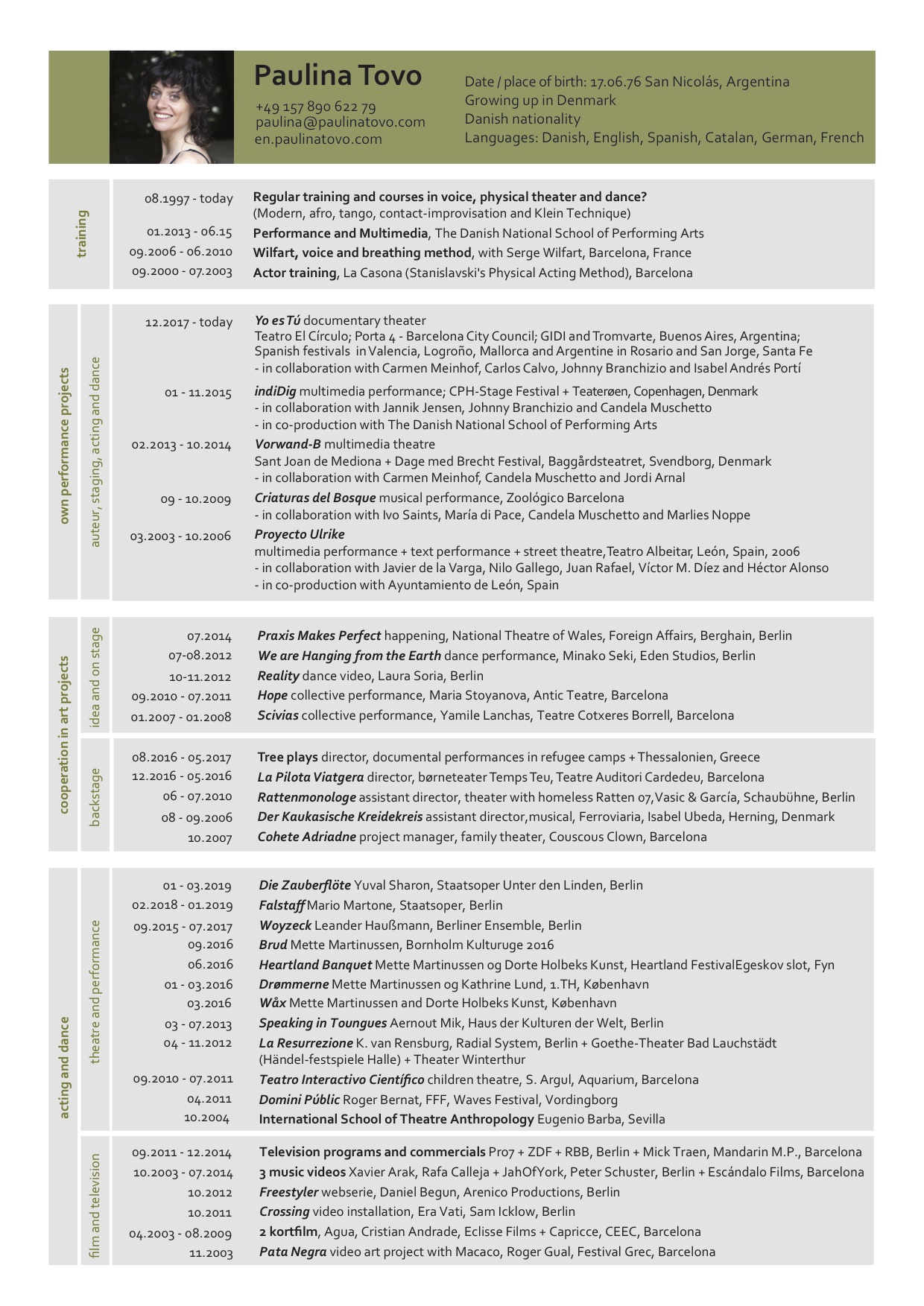 I have trained as an actress in Stanislawski’s Method of Physical Actions, as a creative in performing arts at The Danish National School of Performing Arts and as a teacher of Wifart Method in breathing and voice with the inventor of the method. I have also done numerous dance and physical theatre courses among many others with Roberta Carreri, Augusto Omolú, Isabel Úbeda and Jori Snell from Odin Teatret, Tapa Sudana, actor from Peter Brook, Janusz Subicsz, dancer from Pina Bausch, Alexis Eupierre, Minako Seki, Susan Klein, Frey Faust , Guem, Norma Claire.

Entera Productions is the name of the company with which I present my stage creations in collaboration with artists from different fields since 2003. I have created performances and theatre projects (multimedia and documentary), presented at Porta4 in Barcelona, as part of the activities organized by Barcelona City Council and PenCatalà for the world refugee day, at the Teatro Albeitar in León, the Teatro Círculo in Valencia, the Baggårdsteatret in Denmark, the Theatres GIDI in Lincoln, Buenos Aires and Tromvarte in Buenos Aires, Argentina; and festivals like CPH Stage in Copenhagen, Dage med Brecht in Svendborg and El Clásico in Thessalonian, SUD A L’HORTA in Valencia, Festival de Teatro Iberoamericano de Logroño (FITLO), S’ILLO Festival in Mallorca, Independent Theater Festival EL GALPÓN in San Jorge, Argentina and El Cruce 18th International Festival of Contemporary Performing Arts / TEATRO POR LA IDENTIDAD in Rosario, Argentina
Go to stage creation

As a performer I worked among others in Radialsystem, Berliner Ensemble, Staatsoper, Haus der Kulteren Der Welt and Berghein in Berlin, with directors like Yuval Sharon, Mario Martone, Leander Haußmann, Roger Gual, Roger Bernat, Minako Seki and Eugenio Barba, and in companies like Lautten Compagney and National Theater of Wales.
Go to performing

Little by little I began to create the videos of my own productions, some of them in collaboration with other audiovisual artists.
Go to video creation